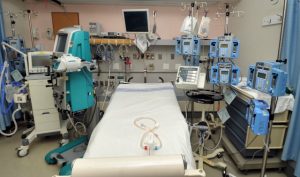 Leading Cause of Death in America

The American “health care” system is the leading cause of death and injury in the US. 1.6 trillion dollars was spent in 2003 by the American medical system, but rather than using that money to prevent diseases, it was spent on unnecessary medical practices such as cesarean sections, chemotherapy, antibiotics, and invasive surgical procedures that put patients at a higher risk of mortality and morbidity. Conventional medicine does not consider what is necessary for the human body to heal. American hospitals harbor every aspect that leads to disease rather than health. The environment in hospitals causes immense stress which adversely affects the immune system. Patients are bound to a bed in a small room, getting insufficient exercise with no natural sunlight or fresh air. Rather than feed patients with organic healing foods that would nourish and cure their bodies, they are fed highly processed, denatured foods grown in denatured and chemically damaged soil, and excessive calories high in sugar with little to no vitamins or nutrients. Patients are also exposed to tens of thousands of environmental toxins, so if they visit a hospital with one ailment they are at risk of contracting ten others. This so-called “health care” industry has little concern for health, which would prevent people from needing care in the first place. It is a trillion-dollar industry that has gained immense wealth from unhealthy people. American hospitals “cause more illness through medical technology, diagnostic testing, overuse of medical and surgical procedures, and overuse of pharmaceutical drugs.” (www.webdc.com – death by medicine )

END_OF_DOCUMENT_TOKEN_TO_BE_REPLACED

Many people think that Jesus is coming back to save them, and they make prayers to “Jesus” daily.  It might come as a surprise to these people that Jesus wouldn’t even know “Jesus.”  If he were to return in the flesh, he would not even respond to the name “Jesus.”  His name was, in fact, Y’hoshua, pronounced Ya-ho’-shua, and the changing of his name to Jesus was a very unrighteous act.

Some might respond to this fact by saying that he is called Jesus merely because of transliteration from Greek to English.  However, this type of argument is in complete error.  The Greek name, Iesous, or Jesus, was assigned to Y’hoshua by those who translated the New Testament into Greek.  The words of Y’hoshua and the Apostles were originally spoken and written in Aramaic, a language much more similar to Hebrew than Greek.  In his day, Jesus Christ would have been referred to as Y’hoshua HaMashiyach (meaning simply “Y’hoshua the Messiah/Anointed”) rather than Iesous Christos, as the Greeks would have him called.  So, why “Jesus” then?  The answer lies in Greek mythology… END_OF_DOCUMENT_TOKEN_TO_BE_REPLACED 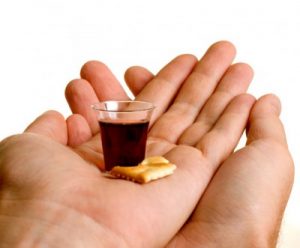 END_OF_DOCUMENT_TOKEN_TO_BE_REPLACED

Washington DC  On January 20th, the 58th Inauguration Ceremony will take place.  The day is full of traditions, including the swearing-in Oath, the primary purpose of the day.  This oath is the point at which Trump swears to “faithfully execute the Office of President of the United States” and “preserve, protect and defend” the US Constitution.

What does God say about Oaths? END_OF_DOCUMENT_TOKEN_TO_BE_REPLACED