Question: How can we know how to be faithful to the LORD God?

Q&A: Faithfulness to the LORDRead More »

What is Idolatry?  Idolatry is reverencing a person or thing, an idol.  Read this article to find out more.  Idolatry can take on many forms, like the common statues to the lesser recognized Christmas Tree spoken of in Jeremiah 10:1. Jeremiah 10:3-8 “For the customs of the people are vain: for one cuts a tree out of the forest… they deck it with silver and gold… the stock (tree) is a doctrine of vanities”.

Idolatry is Adultery… Against GodRead More » 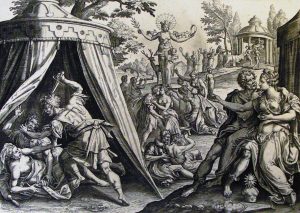