The Earth is filled with Violence…

Jesus said, “Take heed to yourselves, lest at any time your hearts be overcharged with …the cares of this life, and so that day come upon you in unawareness. For as a snare it will come on all them that dwell on the face of the whole earth.  Watch therefore, and pray always, that you may be accounted worthy to escape all these things that shall come to pass, and to stand before the Son of Adam.” In Matthew 24:21 he says the end time will be a time of Tribulation not seen since the beginning of the world unto this time nor ever shall be again. 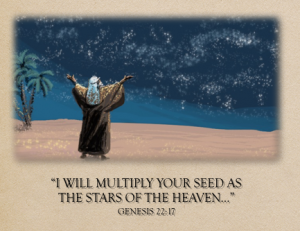 The Message of the Covenant

He’s talking about the Covenant God made with our fathers, Abraham, Isaac and Jacob/Israel. Which Covenant extends to their offspring who will come and keep it as their fathers did. God says in Malachi 3:10, If you will restore the vow of Jacob (Gen 28:20-22) “prove Me now and see if I will not open to you the windows of Heaven and pour out a blessing that there won’t be room to contain!”

In Deuteronomy 28 Moses first talks about the great blessings to come on those who will keep His Covenant and respect/reverence the Name/authority of God. He then he goes on to talk about what will happen to those who don’t keep it and disregard His Word, “But it shall come to pass, if you will not hearken to the voice of the LORD your God, to observe to do all His Commandments and His statutes which I command you this day; that all these curses shall come upon you, and overtake thee: … The LORD will smite you with the botch of Egypt, …The LORD shall smite you with madness, and blindness, and astonishment of heart: And you shall grope at noonday, as the blind gropes in darkness, and you shall not prosper in your ways: and you shall only be oppressed and spoiled evermore, and no man shall save you.

With the current events that are happening, can anyone deny that ‘madness of mind’ has come upon this nation particularly and the whole world?

He will bring your ways upon your own head

King Solomon petitioned God for forgiveness in 1Kings 8, “If any man trespass against his neighbor/brother then God will judge, condemning the wicked/wrong, to bring his way upon his head, and justifying the righteous, to give him according to his righteousness…”

In Ecclesiasticus 10 it states, “…what manner of man the ruler of the city is, such are all they that dwell therein. An unwise king destroys his people; but through the prudence of them which are in authority the city shall be inhabited. The power of the earth is in the hand of God, and in the set time He will set over it one that is profitable.” For there is A Time for Everything under Heaven!

Violence in America: Who profits?

I tell you a Mystery

“For this is the message that you heard from the beginning, that we should love one another. Not as Cain, who was of that wicked one, and slew his brother. Why? Because his own works were evil, and his brother’s righteous.” 1 John 3:11-12

“And the LORD said to Cain, ‘Where is Abel your brother?’ And he said, ‘I don’t know: Am I my brother’s keeper?’ And He said, ‘What have you done? the voice of your brother’s blood cries to Me from the ground. And now you are cursed…’”  Gen 4:9-11

As it was in the beginning, so shall it be in the end. Come away from those who have the madness of mind to want to slay anyone.  “You know that no murderer has eternal life abiding in him… But he that keeps His Commandments dwells in Him and He in him.”

These mass killings are not happening in other English-speaking countries. The problem is a particularly American one. And the cause is American gun culture which itself is built on the Second Amendment of the United States Constitution.

The Second Amendment has turned into a modern Moloch, sacrificing Americans to its blood lust. It’s not happening so much in the United Kingdom, or Ireland, or Canada or Australia or New Zealand. Yet these societies are no more righteous than the United States. The big difference is that these countries don’t have the Second Amendment, and so they can have more sensible gun laws.

But don’t believe me. Look at this article for evidence: http://www.bbc.com/news/world-us-canada-34996604

Hello Michael,
Thank you for your comment. The link you sent was very informative. As I started to reply I thought it would be better to write an article on the subject to answer you. The blame doesn’t go to the second amendment but to the profitability of the weapons manufacturing industry and the infiltration into the United States by an enemy force. The sons and daughters who enter the military are indeed “sacrificed to the fires of Moloch” by their parents who give them over to his service and his wars.
There are no “Righteous Societies” on the planet. They are all corrupt in their ways. The only hope for anyone who is Righteous is to “Come out and be separate” from them, turn to God with their whole heart, mind and soul and pray that He will turn to them and “shine His face upon them.”
I hope you enjoy the article.
https://www.thefirmament.net/news/american-violence/#more-1410
Nemisistar