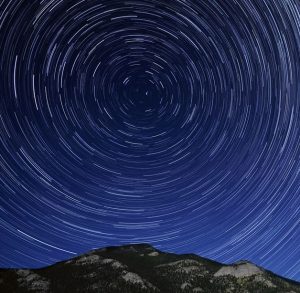 “To every thing there is a set time,

Ever since the foundation of the world, there has been a set time for everything in the heavens.  This is fairly common knowledge, as there are apps that can show you what the sky looked like on any given date.  Just like the Moon, planets, & stars follow a certain path in the sky and never deviate from it regardless of the year of their appearance, the same is done on Earth by those of God.

The Prophets of God have always come at a certain time, and that time has always been the perfect time of their appearance on the stage of history.  When they have proclaimed God’s Word, they have both planted the Good Seed in the minds of those who hear & plucked up the false grains grown from bad seed. (see Matt 13)  Those announcing the Righteous Message of God do so at the perfect time and then leave when their time is done.

Likewise, the celestial bodies in the sky appear at their proper time and afterward disappear.  Recently there have been some amazing shows in the skies, or heavens, involving the Sun, Moon, & Stars because they were set in motion long ago to appear now.  The same is being done on Earth, for now is the time!

“A time to weep, and a time to laugh…

Over the course of history, there have been times to mourn losses & troublous times.  There have also been times to dance & rejoice upon hearing the things being prophesied by righteous people.  Though the Righteous Message comes as bad news to people that are stuck in their own ways, there are those that greatly rejoice upon hearing that all they have to do is follow the Ways of God.  Like stones being cast away or gathered, like a garment being torn apart or sewn together, or like people fighting or living in peace, there is a time to depart from wickedness & a time to cling to righteousness.  These two things are one in the same, just as darkness immediately flees when the Light comes on.

“I have seen the travail, …

…which God has given to the children of men to see & learn from it. He has made every thing of brightness in its time: also He has set the world in their heart, so that no man can find out the Work that God makes from the beginning to the end. I know that there is no good in them, but for a man to rejoice and to do good in his life. And also that every man should eat & drink, and enjoy the good of all his labor, it is the gift of God.  I know that, whatever God does, it shall be forever: nothing can be added to it, nor anything taken from it: and God does it, that men should reverence Him.

I said in mine heart, God shall judge the Righteous and the wicked:

for there is a time there for every purpose and for every work.”

Mankind has been doing their own work for thousands of years, and what good has it really brought them?  This world has been in tribulation for a couple thousand years, with things getting worse & worse in the last hundred years or so.  The reason for this is that those of the world have turned their hearts away from God and have been worshipping idols & false prophets instead.  As God has brought all of this tribulation upon the world for turning from Him, He has also brought every bright thing for those who return to Him.  If a person applies all their works toward following God & what He has called for, then it will go well with them because that is the gift from God.

From the beginning, God has set in motion all things that come to pass on Earth as well as in the heavens.  We can see in the skies that the celestial bodies follow their proper course throughout time; however, the activities on Earth tend toward chaos & confusion because those of the world do not follow the Way given by God.

As it was in the days of Noah, everyone on Earth was having a great time in their worldly lives and had no clue that God was about to destroy those on Earth because they had filled it with violence.  Only Noah & those with him were found righteous upon the Earth, so they were brought into the Ark in order to preserve their lives.  Before the flood was upon the Earth, it was a time in which the majority of the world rejoiced at the works of their own hands & gave no thought to God, but afterward it was a time in which all of the Righteous who returned to God rejoiced that He had eliminated the wicked from off the face of the Earth.  The same is happening now – God will judge the Righteous & the wicked because there is a set time for every purpose under heaven.

Jesus said to his disciples, …

“Truly I say to you which have followed me in the regeneration (rebirth/re-genesis)… every one that has forsaken houses, or brothers, or sisters, or father, or mother, or children, or lands, for my name’s sake, shall receive one hundredfold and shall inherit everlasting Life. But the many that were first shall be last; and the last shall be as the first.” (Matt 19:28-30)

Jesus/Y’hoshua brought a new beginning, or a rebirth, with the Righteous Message that he proclaimed in his day.  At that time, the majority of the world was stuck in their own ways, but they that followed the Message delivered to them at that time received the new Life that was breathed into them.  As at the first, the many that were on the Earth were not listening to the Message given by Noah, whereas Noah & those with him received a new beginning.  When Noah entered the Ark & the flood came, those that didn’t hearken to God’s Word didn’t know what was coming and were taken away, but those that did hearken were spared from the Wrath of God.  The last times shall be as the first.

And the Apostle Paul said to the Beloved of God…

Now if anyone doesn’t have the Spirit of Anointing, he is none of His. But if Anointing be in you, the body is dead to sin; but the Spirit is Life because of righteousness. But if the Spirit of him that raised up Jesus from the dead dwell in you, He that raised up Christ from the dead shall also give Life to your dead bodies by His Breath that will dwell in you. Therefore, brothers, you aren’t sinners to the fleshly mindset to live after the fleshly mindset.

For if you live after the fleshly mindset, you shall die: but if you through the Spirit do become dead to the deeds of the flesh, you shall have Life. For as many as are led by the Spirit of God, they are the Children of God. For you won’t receive the spirit of bondage again to fear; but you will receive the Spirit of adoption, whereby you will cry, ‘I am willing, Father.’

The Spirit itself bears witness with our spirit, that we are the Children of God: And if Children, then Heirs; Heirs of God…

For I reckon that the sufferings of this present time are not worthy to be compared with the Glory/Praise which shall be revealed by us.

For the earnest expectation of God’s Whole Creation waits for the manifestation of the Children of God.

…The Creation itself also shall be delivered from the bondage of corruption into the glorious liberty of the Children of God.” (Rom 8:1-21)

Those that turn from the ways of wickedness to follow the Word of God as given by Jesus/Y’hoshua receive no condemnation and are freed from sin.  God is earnestly waiting for those that are willing to turn from their fleshly/worldly lives to follow His Breath/Word.  In doing this, they become His Children and therefore Heirs to their Inheritance.  God’s Whole Purpose is the manifestation of these Children of God!

This is a time that has never been before and never will be again.  Are you ready & willing to turn your heart toward God?  There is a set time for everything, and now is the time – the time is NOW!