The Jesuits are a Catholic Order also known as the Society of Jesus.  It was founded in 1534 by Ignatius de Loyola, a soldier in Spain.  The Jesuit Order was approved by Pope Paul III in 1540 in a bull titled “To the Government of the Church Militant”.  The Jesuits are the Popes Army or “military” branch.  They call themselves God’s Army because they falsely believe the Pope is God on Earth.  He is not.

As the pope’s army, their organization is fashioned after a military order, with the “Superior General“, also known as the “Black Pope”, at the top.  They have compared themselves to “God’s Marines” in their “willingness to go anywhere” they are asked to go.  One of the principles of the Jesuits is to swear obedience to the Pope.  This is where the separation of church and state becomes critical.   Jesuits get involved in politics in the hundreds of countries where they reside.  Whose interest do they really have at hand?  Let’s take a look.

The Jesuits involvement in politics goes all the way back to their beginning.  It is no coincidence that they formed shortly after the start of the Protestant Reformation.  Jesuits became the primary source of “Royal Confessors” for the ruling families in Europe, especially during the Counter-Reformation.  A royal confessor heard the confessions of the king or other royal family members, but also acted as an advisor.  One such instance of the Jesuit royal confessor heavily influencing the King is with Jesuit Francois de la Chaise.  In 1685 he convinced King Louis XIV to revoke the Edict of Nantes, which had allowed Protestants to practice their religion without prosecution.  Jesuit royal confessors were present in the courts of Austrian, Bavaria, France and Spain, as well as England, Poland and Portugal.

In Portugal, the Jesuits were found by their very own Vatican’s investigation to be guilty of “exercising illicit, public and scandalous commerce”.  They were also linked to an assassination attempt on the king at which point they were expelled from the country in 1759.

In 1764, the Jesuits were suppressed in France because of a power struggle.  The king was alarmed that they reported to the Pope instead of a French vicar.  The Jesuits refused to deviate from the devotion to the Pope and therefore they were dissolved.

This similar story played out in multiple countries including Mexico, Spain, Poland, Austria and Switzerland. 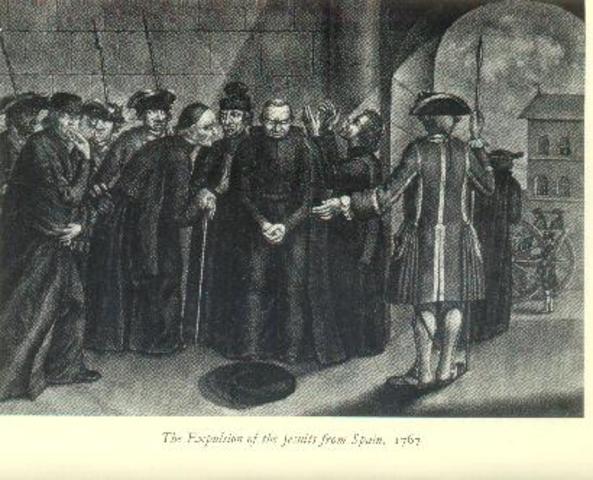 The backlash against the Jesuits led to the same reaction against the Pope.  Clement was threatened by the power amassed by the Jesuits and threats by European countries to break away from the church.  He disbanded the order in 1773 “in the name of peace of the Church and to avoid a secession in Europe”.  In 1814 the Jesuits were reinstated by Pope Pius VII.

In May of 1816, two years after their reinstatement John Adams wrote the following to Thomas Jefferson.

“I do not like the late Resurrection of the Jesuits… who are more numerous than everybody knows…  If ever there was a body of men who merited eternal damnation on Earth and in hell, it is this society of Loyola’s.”

This week America celebrates the 242nd anniversary of the signing of the Declaration of Independence.  The Declaration was drafted by Thomas Jefferson to declare complete independence from Great Britain.  One of the primary motivations for the original exodus from Great Britain to America in the early 16oo’s was rooted in the Protestant Reformation started in 1517.  The original pilgrims were fleeing Roman Catholicism and the remnants of Roman Catholicism that had been incorporated into the Church of England.

Over the next 150 years, Anti-Catholicism was ever present because of the devotion to the Pope, a foreign leader.  Turn back to the present day.  The Jesuits have come full circle and are back in the “courts” of many nations including this very one.  They have also taken the lead position with the Vatican, through the promotion of one of their own, Pope Francis.

This practice of influencing governments has never stopped and has nothing to do with God, only their own power.  In fact, it reveals who the Vatican really is!  In the Book of Revelation, there is a whore, dressed in purple and scarlet with whom the kings or rulers of the earth have committed fornication with or are “in bed with.” 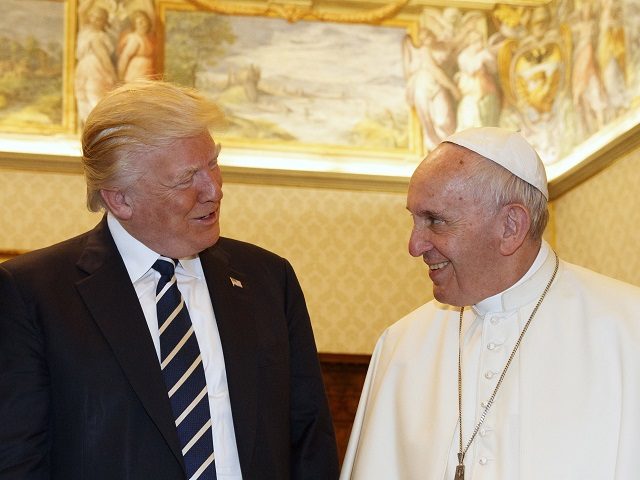 It’s time for the real Independence Day, independence from the influence, worship practices and deceptions of this Whore!

“Come out of her, my people, that you are not partakers of her sins, and that you receive not of her plagues.  For her sins have reached unto Heaven, and God has remembered her iniquities.”  Revelation 18:4-5

Is there even more that should be looked at with these Jesuits?  Yes, yes there is.  Stay tuned to learn more.